We are offering something totally new this summer at our visual and performing arts workshops. For starters, we are introducing ‘Play in Two Days’. A Play in Two Days is the name of our new Drama Festivals where the participants will come in and plan, write, produce, and co-direct a small performance over two days with the Performing Arts practitioners. It’s something that’s really fast-paced and fun for all. In addition to the new Drama Festivals we will also roll out Visual Arts Festivals where the participants will work with two practicing artists-educators on two very different media and conceptualization direction. Of course we are also running our every popular ActOut! and Specialised Art workshops as well as new Music & Lyrics workshops! 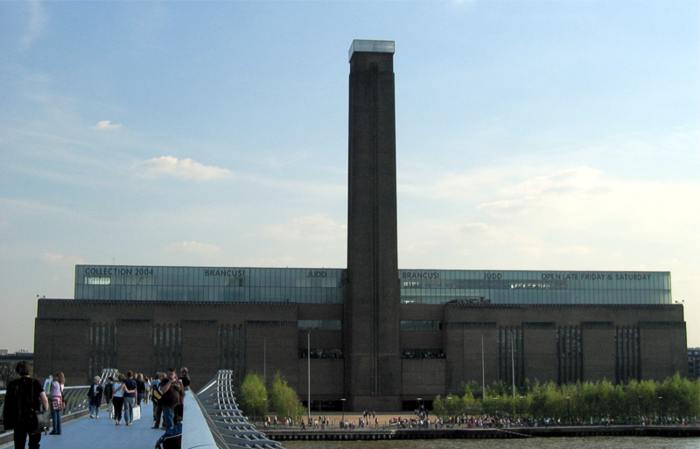 Faces Places (French: Visages Villages) is a 2017 French documentary film directed by Agnes Varda and Jean-Paul Beaujon. They both share a lifelong passion for images and how they are created, displayed and shared with the community. The film brings two individuals together who travel across rural and industrial France, creating portraits of people they come across. In the film, the artists create murals of some of their interview subjects, magnifying and honoring them on a scale usually reserved for public and historic figures. Agnes Varda, 89 years old, is a French filmmaker with two-tone white and red hair. She is very old school, preferring to write letters even in the modern era. Jean-Paul Beaujon, commonly known as JR, 33 years old, is a French street artist who never takes off his hat and dark sunglasses in front of the camera.

Agnes Varda, 89 years old, is a French filmmaker with two-tone white and red hair. She is very old school, preferring to write letters even in the modern era. Jean-Paul Beaujon, commonly known as JR, 33 years old, is a French street artist who never takes off his hat and dark sunglasses in front of the camera. Rina Tanaka’s interview has been conducted by Frederique Decombe, her mentor at Colour My World. Some of Rina’s artworks accompany this text.
February 2018

FD: Do you remember the first time you came to cmw? Any project you remember? How did you find the environment?

RT: The first time I came to Colour My World I was around 6 years old, and I remember a project I did with Cannon Yau about making a face out of cardboard and other materials. FD: Then in 2014, you attended the ‘Sketchbook Studies’ programme with me. Can you talk about the pieces you enjoyed the most? and why?

RT: There are three projects I enjoyed the most:
Bug Boogie was painting a background of a natural surface on either side of a wood board using acrylic, then drawing insects over it using Posca pens. This project was probably one of the first few ones I did in Sketchbook studies. I enjoyed this one because it was when I was starting to get used to Colour My World again and I was satisfied with the work that I had created. Pop Idol was drawing famous people on large paper with pastels. I enjoyed this one because I could draw one of my favourite singers of that time, Melanie Martinez. This was one of the first few times I used pastels on such a large scale and also my first time to use the gridding technique to help draw the image accurately. I was very satisfied with this piece as it resembled Melanie Martinez very much. Bright and Bold was about collaging images from Magazines, then painted it with acrylic paint as well as coloured pencils for some features. This was the project where I first seriously made collages using magazines cut outs. From that day on, I continued to love making collages and a lot of the projects that I do at school involve collages. FD: How would you describe the whole Scheme of Work leading to the final piece? Can you talk about the brief and the proposed developmental processes, and if you believe you have learnt from it? Did it affect your way of thinking?

RT: The scheme of work within Sketchbook studies is very useful. Each term begins with looking at the artist’s works and describing its style, such as the tonality of colour, the composition, the depth, etc. This has helped by letting us realise the little details that the artist leaves us to find, which lets us try to incorporate that into our own works too. FD: Do you normally share your works with your friends, parents, siblings? Are some of them displayed at home?

RT: Yes, I share my works with my family and my friends. I occasionally share it on my Instagram page and most of my pieces along with my sister’s are displayed at home. FD: You are now following the Mentor studio, where the studies are encouraged to be self-directed. Can you talk about your creative process?

RT: I usually look at visuals to get inspiration, whether it is a poster that I saw, an album cover, something I saw online, a view from a car window etc. I am quite experimental with the medium that I use and the techniques that I use, so I spend some time to experiment with different surfaces, colours, textures, mediums, etc. Then I start refining my final concept and ideas for my piece. FD: Amongst the other curricular or extra-curricular disciplines you are studying, which one impact the most on your creativity or your thinking process?

RT: I don’t think it’s any subject of any kind. I think I am quite observational and I like to look at things from different perspectives. So, I think the most impactful thing is my environment on the whole. FD: Would you describe yourself as an explorative person? Also, think of the notion of risks taking, playfulness, etc…. If yes, why do you think this is an important component in developing creativity?

RT: I think that I am an explorative person. If I come up with an idea I usually don’t hesitate to complete develop it, even if it means I have to sacrifice other pieces. So, I think an important component in developing creativity is to do whatever you think at first, there is no point if you don’t try. It is important to build on top of ideas, to think of even better ideas. FD: In the process, in the making, do you sometimes discover things; visually, conceptually?
When you look for resources to be used in your work, where are you looking?

RT: In the process of making my works, I mostly look at visual concepts, I think it’s important to create a reason to why the audience will look into a piece. As said before, I am quite observant, so whenever I see something interesting, I don’t hesitate to take a photo of it. I also look online, for example on Instagram or Pinterest where I collect other people’s work, so that I can use it in the future. FD: Do you visit art exhibitions? How do you record the experiences?

RT: I often go to art exhibitions, as my parents enjoy going there. I go to Art Basel almost every year and whenever I go to other countries I usually visit a couple of museums. I usually record my experiences by taking photos of works I found interesting. FD: Are your art studies pleasurable?

RT: Yes, I find it very relaxing and it is time for me to escape from reality for a while and immerse in my interests.

FD: We discussed recently the possibilities for you to pursue art in further/higher education, let me know what you are thinking presently!

RT: Presently, I am thinking of moving on to doing something related to advertising and commercials. Why do kids hate writing?

Any mention of the word writing can put kids in the sourest of moods. In school, students are forced to copy out word after word, the language that jumps from the lips becomes stodgy and rigid on the page, its grammar levels up to ultra-hard difficulty and soon wrists begin to feel strained. They hand in their thoughts on paper, and what do they get back?

Is it any wonder that writing is so globally disliked? It is my firm belief we should first comment on the intention of the student, drawing their attention to the meaning of the words. A well placed and neutral comment will often allow them to notice the mistake themselves. “So I see that you’re using a proper noun here. Why choose that noun in particular?” They should also be reminded that the reason we follow spelling and grammar is to let our thoughts be shared with others more easily, and not for their own sake.

This is all very easy for me to say. Parents and teachers are some of the busiest people I know, and I am in the very fortunate position where I can write my own lessons, but it is my humble opinion that with a small change to the way in which parents and teachers respond to written work we can show kids that words do not go to paper to die, but to live in the minds of others.